My journey through photos

My work as a fan advocate for Orange is the New Black. 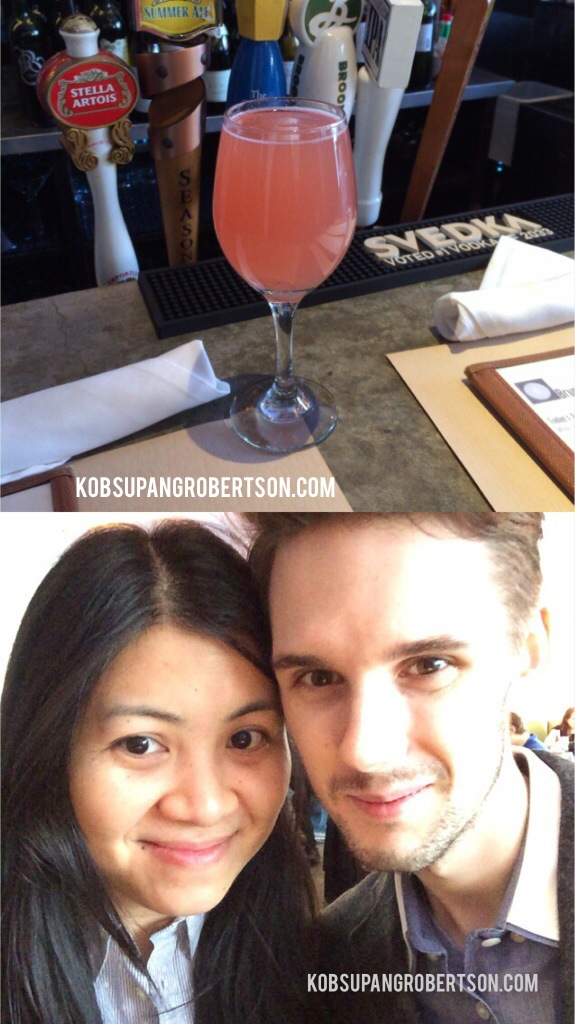 My husband and I made plans to spend all day in the city for my birthday. We left our place early to try to get tickets for “Of Mice And Men.” Unfortunately, we couldn’t get seats next to each other, so instead we took a stroll in the theater district. We wanted to have brunch at my favorite Thai place “Pure Thai Cookhouse” between 51st and 52nd St and 9th Ave. Guess what? Strike 2! It didn’t open till noon. As luck would have it, we walked around and stumbled onto this placed called Eatery, and its neighboring joint called E-Bar. I was delighted we both got carded once we asked for Guava mimosas. On top of that, he sent me a free glass of guava mimosa as a happy birthday! Score!

We ordered Calamari tempura and Eggless Caesar Salad. Both were amazingly delicious! 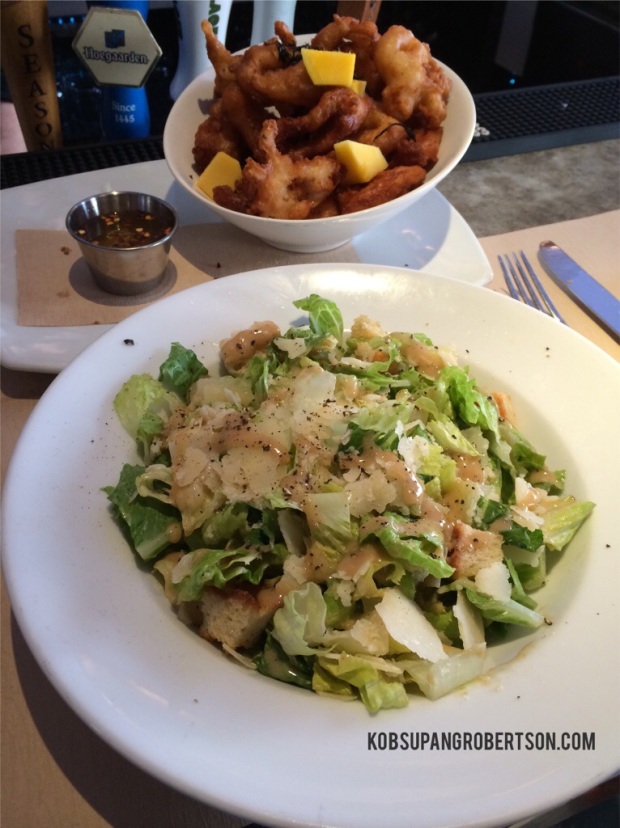 The service was awesome. We then walked back to Pure Thai because I had to have it! My husband ordered chicken satae and Spring rolls 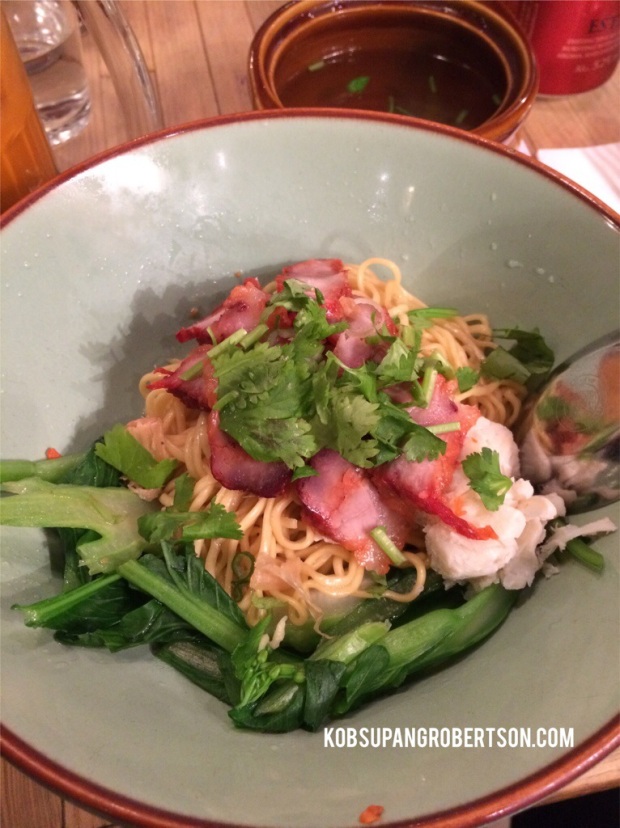 The meals could have tasted much better like the kind of awesomeness I longed for but we already had some food at E-Bar, oh well! We strolled around until almost 2:45 PM. We headed to Five Angels Theater where 52nd Street Project presented “Out On A Limb: Plays That Branch Out,” in which Eddie Falco (Nurse Jackie), Adrienne C. Moore (Orange is The New Black,) and many more starred in. 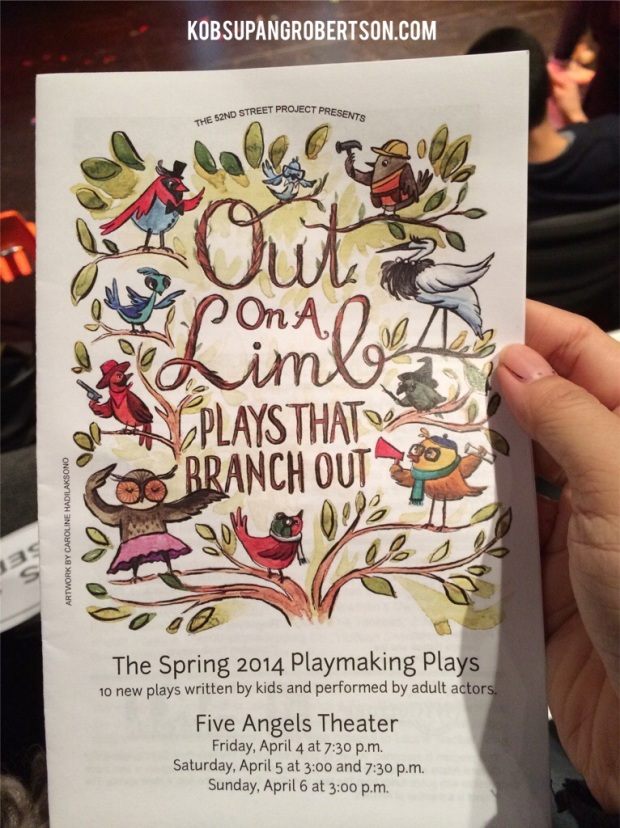 There were 10 shows, each 10 minutes long. The great twist was that children wrote the scripts which adult carried out in acting and directing! I was sitting between my husband and Kristen Connolly (whom I tried hard not to fan-girl during the show.) I told her that I loved “House of Cards,” and she told me she knew about the show because her friends were part of making the show and introduced them to me! I told her I was there originally because of Adrienne and Eddie. It was great that I had the chance to see a show where everyone brought their A-game! Everyone sure could sing, and sang wonderfully. It was nice to learn after the show from Adrienne that the cast volunteered on this project and the children in the program had workshops and trained for this. I was glad I got to enjoy and be a part of this project as an audience.

We left the theater and went Eataly on 23rd Street to pick up a Tiramisu cake and then stopped by at City Bakery a few blocks away to get coffee and hot chocolate. What a full and pleasant day! Until next year… 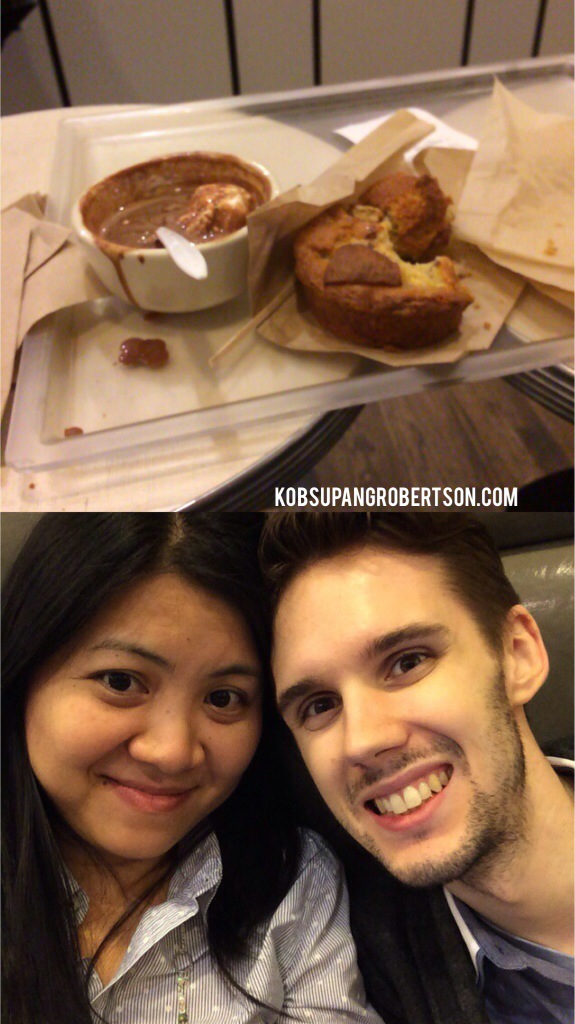